When you need a hand, we’re here to collaborate, plan, execute and deliver. We’re powerful partners you can depend on to reach your goals. VideoEnvy owners Heather Sasser and Pat Lee have been collaborating on projects for nearly 20 years. They met when producing emotional and impactful stories for the Muscular Dystrophy Association. He’s the tall bald guy that turns heads and breaks the ice in the room. She’s the one that keeps everyone organized and on task. Together, this crew can produce videos on level with 10+ people production crews which saves you money. Don’t worry, when a bigger production or project is required, we call in our best partners to help capture all the moments. We’re scalable to meet your needs. 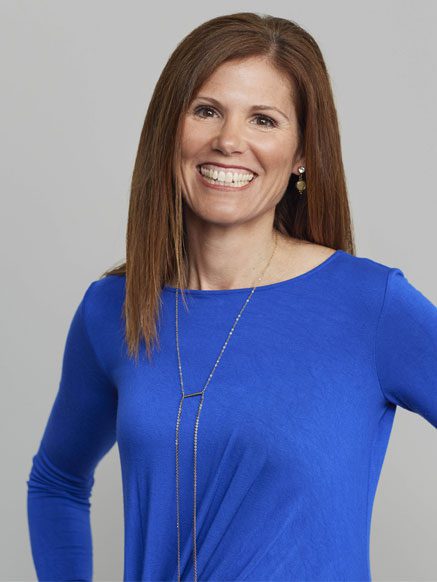 When in high school in a small town in Indiana, a trip to an Indianapolis TV station sealed Heather’s future. She was hooked on the news business. She pursued her passion studying Broadcast Journalism at the University of Texas. She started her career in St. Joseph, Missouri at KQTV where she had to do it all: photographer, editor, and on-camera talent. One time, while standing near a gas pump interviewing gas station employees on a lovely winter’s day, the wind blew, her eyes watered and little ice cubes formed on her eyelids. She knew it was time to move somewhere warmer.

Heather then headed to vast West Texas and landed in Abilene where she not only covered the police and courts beats for KTXS-TV, but also small town Texas charm. Her best breaking news story —standing smack center in a pit of rattlesnakes covering the world-famous Rattlesnake Round-Up in Sweetwater, Texas.

She followed her love to Las Vegas where she worked for the NBC affiliate covering a historic flood, massive city growth, and even Nevada’s version of the running of the bulls. Heather then worked for CoverEDGE, a Las Vegas production company that provided crews for everything from national entertainment TV shows to local casinos. Heather produced 30-minute shows for the local flood control district, and traveled the state to produce a documentary on Nevada’s Ghost Towns. (For the record, she didn’t find any ghosts, but did stay in some rather frightening small towns.)

Heather moved to Houston in 2001, dragging her feet the whole way. Twenty years later, she’s now a proud Houstonian.  She worked for the Muscular Dystrophy Association as a fundraiser, event coordinator, and producer of the Jerry Lewis MDA Telethon, where she produced compassionate and compelling stories on local families battling neuromuscular disease. For six years, she worked for atgnat, a local video and web production company. There, she wore all hats including producer, writer, talent, sales and billing/collections. Heather has a knack for listening to a client’s wants and needs and producing a product that meets them. She can take a project and run with it.

Heather is currently serving as the VP of Programming for the American Marketing Association’s Houston Chapter. This is her sixth year as a volunteer board member. She’s has been active in NAWBO (National Association of Women Business Owners), HIMA and the Greater Houston Partnership. Heather graduated from the Goldman Sachs 10,000 Small Businesses program in August 2017.

Heather is also an avid runner. When most are sleeping, Heather is getting up to train for her next adventure. She’s run 11 marathons including the Boston Marathon twice. After running the New York City marathon in 2019, she retired from marathoning and now enjoys shorter distances and trail adventures. She’s run/hiked the Grand Canyon R2R2R and the Zion Narrows Top Down.

Another passion is her family. You’ll find her most nights and weekends chasing her two teenage boys and cheering for them on the soccer fields, basketball courts, or baseball diamonds. The Sasser household doesn’t slow down. Her husband Brian just tries to keep up. When there’s a break in the action, she enjoys traveling and exploring new places.

When a very small, unassuming car pulls up, you don’t expect a 6’5″ bald guy to climb out of it. That’s Pat Lee – you can expect the unexpected. He can work magic in a small tiny office. Clients are shocked when they see what the final product looks like especially without a Hollywood studio.

Pat started his career as an intern at KPRC-TV. It wasn’t long before he was a full-time employee. He worked in just about every department at Channel 2 during his 13 years there including Sports, News, Production, Promotions and Sales. He was the primary photographer and editor for the 30-minute program called “What’s the Buzz with Roseann Rogers.” Plus, he was a segment and post-production producer for “Gimme the Mike!”, and he’s shot and produced for national non-profit telecasts including the Muscular Dystrophy Association.

In addition to his photography skills, Pat’s post-production video work is unmatched. He can make the impossible, possible. He has removed cricket sounds from an outdoor shoot, removed logos from industry equipment and made thousands of people shine. 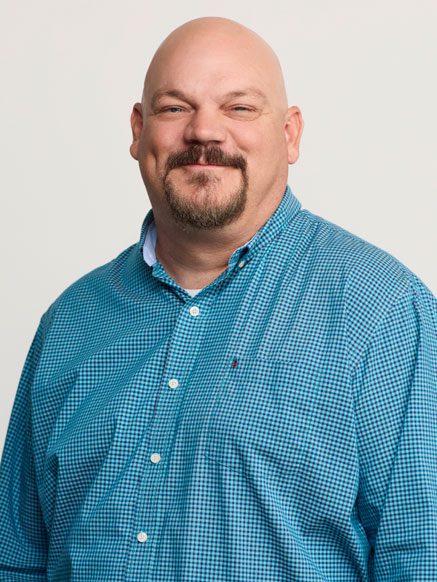 After 13 years in local news, Pat headed to atgnat, a local Houston video production company. Here he was the company’s only video photographer, still photographer, web designer and editor. Pat doesn’t beat around the bush; he tells you how it is, what we can do and how we can make it work. Pat adapts his production skills to the environment — whether he’s shooting a feature segment or producing a quick commercial spot. He is a proud member of BNI — Referral Masters and fills the role of visitor host.

When he’s not working the camera or the editing machine, Pat enjoys spending time with his two boys and his wife, his high school sweetheart. You can catch him singing karaoke, playing Rock Band or fixing up his 1974 Corvette Stingray. He’s also a movie and documentary fan. When he watches a movie, he’s looking for camera angles, special effect errors and learning “just how they did it” — all things most movie goers never notice. 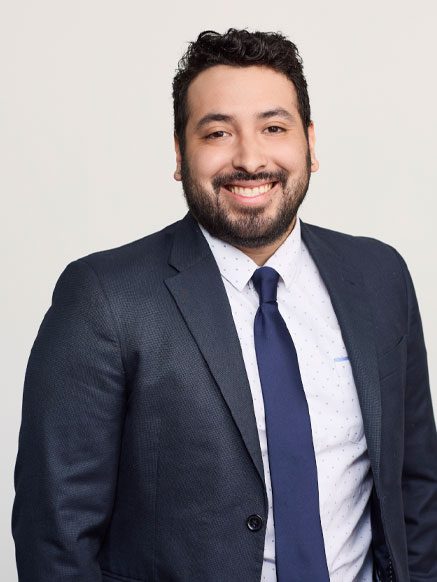 In his second week of attending The University of Houston, Samuel was drawn to a booth during rush week. He was instantly captivated by the world of marketing and joined the American Marketing Association. From that point on, he dedicated his college career to the organization to learn and study marketing.

From marketing panels to workshops, he was an active member, eager to be involved as much as possible. In 2018, he ran for an officer position and became the Director of Membership for two semesters. Samuel managed all the recruiting events and membership programs. Soon after he ran for Director of Technology for a semester. He got a chance to put what he learned about digital marketing into practice. With social media becoming more and more prominent in marketing, it was a great experience for him to see how digital marketing works.

While being part of the organization, Samuel also competed for three years at the American Marketing Association International Collegiate Conference in New Orleans. His main competition of choice was the SABRE Business Simulation. It’s a real-time competition with other AMA chapters to make a series of strategic decisions including product planning, sales force deployment, R&D expenditures, and market research purchases.

In his last semester, he continued to pursue marketing experiences and joined the student-run marketing firm called Cougar Creative under AMA as a junior Executive. Samuel had the opportunity to create and build relationships with clients and lead marketing projects for them such as marketing videos, social media campaigns, and marketing strategies.

With marketing, learning never stops. The marketing industry is always changing and Samuel is always eager to see what’s new!

Samuel has many passions and hobbies. Being part of the marching band from middle school through college…he loves music. He enjoys playing the trumpet and french horn from time to time. He plays everything from classical to modern hits. He is also a huge fan of basketball and follows the Houston Rockets all year. 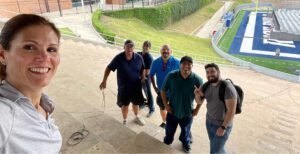 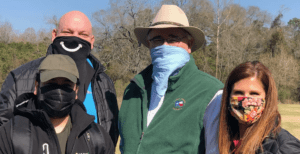 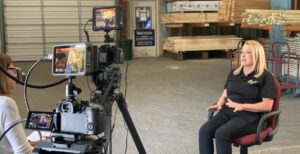 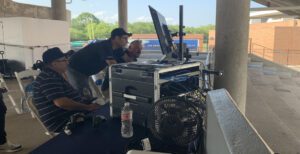 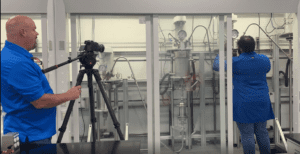 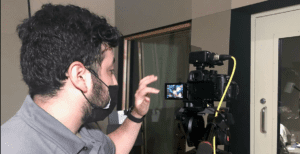 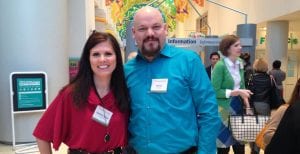 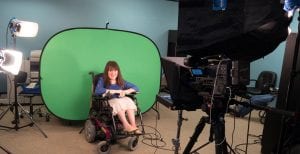 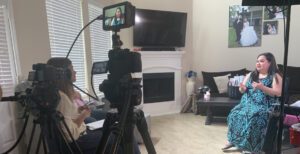 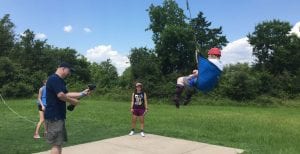 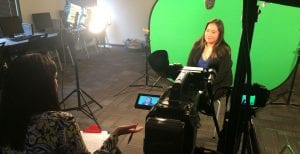 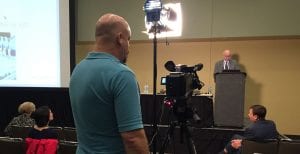 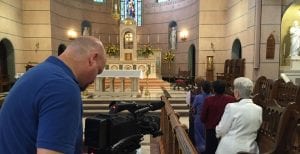 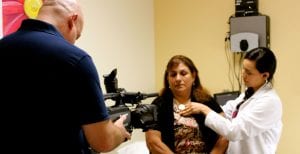 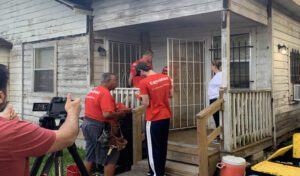